An excerpt from The Algorithmic Leader 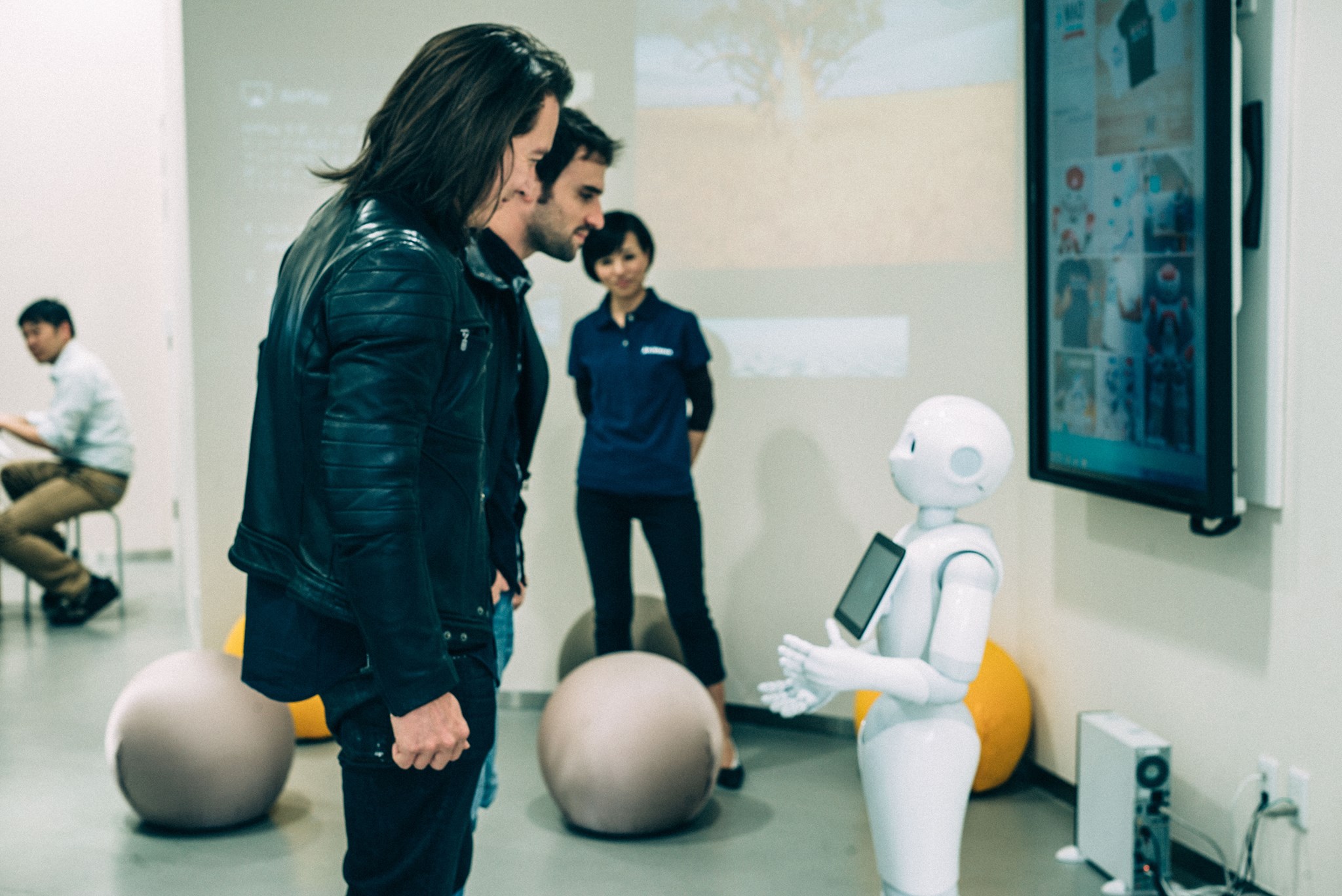 Automation might not entirely eliminate traditional jobs from your company, but it will absolutely change the nature of those jobs and the skills required to do them.

Imagine that you have a job as a retail merchandiser at Coca- Cola, and that you are responsible for visiting stores and kiosks, advising merchants on how to arrange their products, and checking compliance with the brand guidelines. Now, using a platform like Einstein by Salesforce, a customer can just take a picture of their store’s fridge and the algorithm will tell them what to do and where to place their product. What will the purpose of the retail merchandiser be now that their job has been changed by AI? Which of their skills are still relevant, and what might a career migration path look like?

The rise of mass automation brings with it unavoidable, but not unaddressable, political and social consequences. We have been here before. Economist David Autor argues that near the end of the nineteenth century, agricultural states in America faced the prospect of mass unemployment as more automation was introduced into the farming industry. Rather than waiting to see what might happen, those states drove the high school movement, which required everyone to stay in school until the age of sixteen and became the basis for the K–12 education system that is still in place today.

That education system, however, may not be up to the task that we now face. Andrew Ng, also a pioneer in online education and co-founder of Coursera, believes that our challenge is to find a way to teach people to do non-routine, non-repetitive work. To date, our education system has not been good at doing that either at scale or fast enough to keep pace with rapid industry change.

That leaves a lot of the responsibility for education in the hands of employers. Some have already stepped up to the challenge. United Technologies, for example, pays employees’ tuition bills up to $12,000 a year. Facebook offers free AI classes for all their employees, whether or not they work in IT, while Microsoft’s performance review system includes an appraisal of how employees have learned from others and how they have applied that knowledge. However, training is not enough, unless it helps employees migrate to a new way of working and thinking. A good example of a scaled-up migration initiative is AT&T’s Workforce Reskilling and Pivot Program. AT&T is one of the world’s largest employers. The average tenure at AT&T is twelve years, twenty-two if you don’t count the people working in call centers. Internal research com- pleted in 2013 found that 100,000 of AT&T’s 240,000 workers were in roles that the company probably wouldn’t need in a decade. Worse, when the company’s leadership began to analyze the kinds of roles that they would need, they realized there were serious skill gaps. The company would need a lot more coding skills, for example, and more leaders who could make smart decisions based on data and analytics.

To address this, the company kicked off a major reorganization. They streamlined the thousands of job titles that existed at AT&T into fewer and broader categories that clustered similar skills. This simpler classification allowed employees to start planning a more diverse career path through the company and to focus on the new skills they would need.

As part of this overhaul, AT&T created an online system called Career Intelligence that allowed their employees to identify alternative positions, see what skills were required, find out how many positions are available, investigate whether the segment was projected to grow or shrink, and explore what they might earn. However, there was a catch: while the training was free and some of the learning modules could be done at work, employees would have to do much of the work on their own time.

The challenge for companies building retraining programs is that AI is evolving so rapidly, it will be hard to pin down the skills and capabilities that people will need. Even worse than not training an employee for a future job is training them for a job that no longer exists by the time they are ready. Workers will need to constantly upgrade themselves as machines evolve. Algorithmic leaders will have a responsibility, and an incentive, to ensure that both they and the people around them are able to stay just a little further ahead on the curve of the AI revolution in order to remain relevant and valuable.

While lifelong learning is a standard cliché of large organizations, it takes on an entirely new meaning in an age of machine intelligence.

Don't fear the rise of AI Leverage your data and technology

In the industrial revolution, when they first brought automation to the cotton industry, the weavers got upset. They thought, this is our livelihoods here. But as it turns out, they didn't lose their jobs, their jobs changed. Rather than physical labor, their work now became keeping the machines running. As long as they did that, their productivity went up. In fact, 50 fold which meant the cost of cloth began to fall and people started buying more cloth. The total number of people employed in the cotton industry in America, between 1830 and 1900 didn't go down. It quadrupled.

Something similar as you may know, happened with ATMs. Everyone thought the ATM is going to destroy the job of the bank teller. Right? Yes, you didn't need as many tellers to open up a branch anymore, but this also meant it became cheaper to open up branches in many different formats. The job of the teller has changed. You need people who've got social skills, who can empathize, who can market and sell other products who can build relationships.

That's really the question we now need to face. It's not will technology destroy jobs. The question is, how do jobs need to change and in particular, how does our jobs as leaders of the community need to change? I believe we need to become algorithmic leaders. What I mean by that is that we need to become leaders for an algorithmic age. We need to develop a deep understanding of human complexity. This is how to empathize.

What is a good experience for our members or customers, how do we motivate people on our team? These are very human qualities that machines will never replace. There's not enough. We also need to take on some of the qualities of machines too. So we need to develop a flair for what I call computational thinking. Don't worry, we don't have to learn how to program. What this means is in the future, we need to approach making decisions and solving problems in a structured way that allows us to leverage data and technology to augment our capabilities. So something to be frightened of. This is how we're going to give ourselves cognitive superpowers.

The 3 Steps to Connection The 3 best ways to connect with others and ourselves

There's a moment when we are interacting with someone. All of a sudden, our understanding of that person in front of us shifts from an intellectual idea to a feeling in our heart. It’s a feeling of connection and empathy.

What is the best way to connect with people? I’ve broken it down into three simple steps.

What my keynotes are about is giving ourselves permission to see others differently and to see ourselves differently. To do that takes courage and connection.

Are you looking for a speaker that will craft and tailor their presentation for your audience? Watch as Phil M Jones breaks down one of his "Magic Words" for an audience at Volkswagen Australia...who have hired him again EXACTLY for this reason.

"Phil is not only a masterful storyteller and coach, but he spent time with us to genuinely learn our business. His presentation was tailored on spot to our industry, the experiences that our sellers were facing, and our selling propositions. It was exciting to work with someone who is dedicated to his craft to personalize his message so that every person in the audience walked away with pages of notes, and a feeling that Phil was speaking directly to them."

How to retain younger generations in the workplace

Do you want your people to stay working for you long-term? In our research with the Undercover Millennial Program, the number one contributing factor as to how great leaders create organizations that people never want to leave is quite simply the individual leaders and their leadership style. Managers are the number one reason why people stay and they're the number one reason why people leave. How to create better workplace loyalty comes back to leadership - the choices that you make as a manager matter. What’s even more compelling is a leader who is a great mentor. That is the key. It’s mentorship versus management. This leads to increased loyalty and higher engagement.

Mentors are people that connect mentees to their dreams. The advocacy of people is just as important as the development. Ask yourself, do you know your people's dreams? How do you expect to create loyalty when you're not considering the other person? It's the power of a win-win relationship. It's the power of true connection.

Bring humanity back into the workplace

You have to get to the part about the employee. I think that every employee is always asking, “Let me know when it gets to the part about me. Let me know when your vision, the company goals, your quota requirements consider me and my dreams.” Some leaders and businesses hear that response and they think, “They're so entitled,” or “They just want us to give them more.” It's not about entitlement; it's about bringing humanity back into the workplace.

The possibility to survive and also thrive? Those are two things that every employee asks a boss, “Can you help me survive and thrive?” The survival part is all about “Can I pay my bills? Do you pay competitively? Am I going to be able to support a family?” But then the second piece is the thrive part. It’s the intangible things that employees look for. Not tangible. During our research for the Undercover Millennial Program, no employee ever said to me, “The reason I work here is because we throw the sickest Christmas parties,” or “I work here because we have ping pong tables.”

Now, those were definitely perks but they were not the underlying reason as to what built strong and lasting loyalty. It was always a greater focus on the intangibles. “My manager believes in me, they recognize me. There was this time when I was struggling personally and my manager stepped in and became an advocate. My manager cared.” They said, “You know what, you have a life outside of work and I understand that. So how can I help you?” That is what they talk about. These are the things that really matter.

Recognize potential and worth in your people

What we found is these managers and mentors are really good at doing two things. They create an opportunity where they communicate the potential and the worth of their people. Those two things, potential and worth - that’s what matters.

You need consistent recognition for good performance, achievement and results. When's the last time you sat down with your employee and said, “I just want you to know, this is what I see you becoming in this organization”? That simple moment gives employees the opportunity to know that there's potential. Do you create growth opportunities for your people?

Be a mentor manager