A Few Favorite Quotes From Our Motivational Keynote Speakers

We love our keynote speakers for their talent, passion, charisma, and cool – but mostly for the incredible way they are able to motivate audiences to take empowered, results-producing ACTION. That’s why my team and I had a little fun rounding up some of our favorite quotes from these extraordinary keynote speakers. We thought it might inspire you as you’re choosing who to hire for your 2020 events!

The Best Quotes From Our Motivational Keynote Speakers 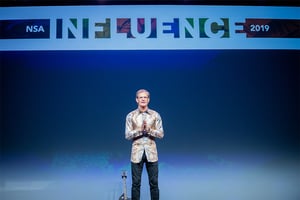 Mike Rayburn: Mike is a TEDx Presenter who teaches innovation, change and peak performance using world-class guitar and humor to create a transformational experience and generate exponential results. As a keynote speaker, has headlined Carnegie Hall, Las Vegas, and performed more than 5,000 presentations in 20 countries on five continents. 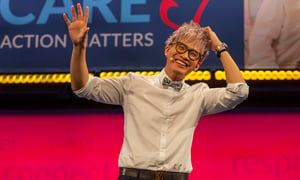 Vinh Giang: As an experienced keynote speaker, Vinh knows that what transpires on stage is not about him. It’s 100% about the audience. It’s about the life-changing lessons he’s been so fortunate to learn along the way and sharing them in a manner that transforms people. That’s where magic happens.

Dan Thurmon: A hall of fame motivational keynote speaker, teacher of peak performance, an author of impactful books and presentations, and a lifelong student of success, happiness, and achievement, Dan Thurmon is on a mission. His purpose? To encourage attendees’ uniqueness and contributions. To discover a sense of purpose and greatness. To have meaning at work, and in their lives.

Chris Bashinelli: Chris’s unique approach to “Global Citizenship” empowers attendees to restructure the way they view the world — beginning with themselves. Chris encourages each of us to realize our full potential, thereby becoming inspired members of our families, our organizations and ultimately our world. He reminds us how important it is to step outside of our comfort zones, be fearlessly honest and put others first. 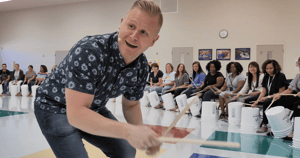 Clint Pulver: Known as a leading keynote speaker on employee retention, Clint helps organizations retain, engage, and inspire their team members from the front desk to the board rooms and everyone in between. He expertly helps audiences navigate generational complexities, communication challenges, leadership missteps, and culture cues.

Need A Motivational Keynote Speaker For 2020?

This was a fun dive into the powerful messages some of our motivational keynote speakers share with their audiences. If you’re looking for speakers to elevate your next audience experience with insights, energy, and high-impact content, give us a call. We’ll find the perfect fit for you!

What algorithmic leaders can learn from the United customer crisis

What can we learn from the famous United incident with David Dow? Mike Walsh clarifies why we need ethics in our digital AI world .

Ability Will Make A Name For Yourself, Mentoring Future Leaders Will Make An Impact On The World 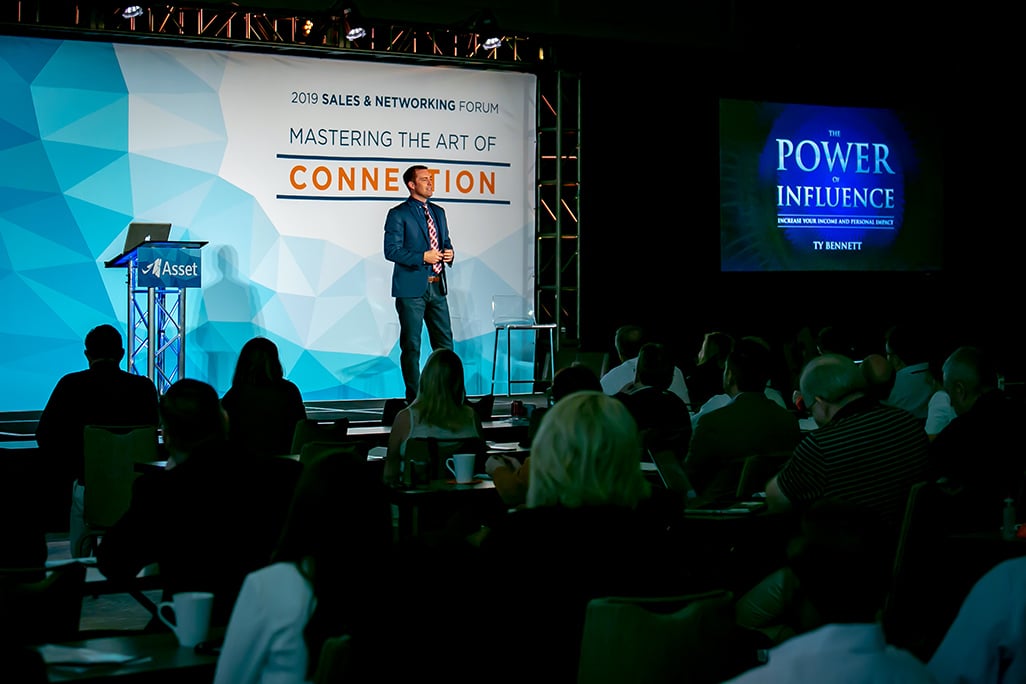 As leaders, we want our organization to thrive. We want growth, profits, success, and impact. We want to make a difference and maybe even change the world. But the truth of the matter is—we can’t achieve any of that on our own. Those things don’t come from you or me. They come from individuals who are excited to take our lead and run with it. Not simply followers—but followers who become future leaders in their own sphere of influence.

The foundational role of a leader is to make themselves less necessary.

This statement may seem counterintuitive to you, and it may even hit your ego a bit, but it is the truth. Often as leaders, it is difficult for us to allow others to grow because it attacks our own insecurities. Instead, we continue doing what we have always done, and settle for leading those who are simply willing to follow. The problem with allowing our ego to take the lead is that in doing so, our ego is fighting what we actually desire.

As leaders, we want our organization to thrive. We want growth, profits, success, and impact. We want to make a difference and maybe even change the world. But the truth of the matter is—we can’t achieve any of that on our own. Those things don’t come from you or me. They come from individuals who are excited to take our lead and run with it. Not simply followers—but followers who become leaders in their own sphere of influence.

Your greatest success as a leader will come from mentoring future leaders.

Ralph Nader said it well: “The function of leadership is to produce other leaders, not other followers.”

And that is what we should all be working towards as leaders.

Our history is filled with stories of great leaders whose influence has spanned the ages—not just because of their own efforts, but because their own efforts significantly impacted others who carried on their legacy.

Smokey Robinson is one of those leaders.

Born and raised in Detroit, Michigan, William “Smokey” Robinson founded a vocal rhythm and blues group known as, The Miracles, while still in high school. A few years after they were formed, the group began writing songs with an up-and-coming writer and producer, Barry Gordy. Barry was still young and poor, but he had talent and Smokey saw potential in him. Through Smokey’s encouragement, and with borrowed money, Barry Gordy started an R&B label that would later be known as Motown Records—The Miracles were the first group he added to his label.

Barry Gordy was just one of many who benefitted from Smokey Robinson’s ability to see potential and encourage people to rise up to meet that potential. He was the best kind of leader, because he saw the strengths of others and encouraged them to use those strengths to be their own kind of leader. But Smokey’s influence as a leader wasn’t just in his acts of encouragement—it was in his music.

Robinson’s career as a singer-songwriter spans more than four decades, with hits that were not only great to listen to, but were influential to the music industry, and the future of R&B, pop, and rock ‘n roll. “Shop Around” became Motown’s first #1 hit on the R&B charts, followed by other great songs such as “You’ve Really Got A Hold on Me,” “The Tracks of My Tears,” “Going To The Go-Go,” and “Tears of A Clown.”

The Miracles dominated the R&B charts through the sixties and seventies, and hundreds of thousands of people were influenced by their music all over the world. In the eighties, after a successful career with his legendary vocal group, Smokey Robinson turned to a solo career where he performed new hits, including, “Just To See Her,” “Quiet Storm,” “Cruisin,” and “Being With You.”

Over the course of his music career, Smokey Robinson has been inducted into the Rock N Roll Hall of Fame and The Song-Writers Hall of Fame. He has received The Grammy Living Legend Award, honorary doctorates, and awards from Presidents. But the award that sums up Smokey Robinson best is the Q Award, which is given for Outstanding Contribution to Music. Without Smokey Robinson, the course of twentieth-century music would be drastically different.

Smokey’s voice and hits have inspired artists since the 1960s. In fact, to show their respect, The Beatles covered Smokey’s song, “You’ve Really Got A Hold on Me.” Even this legendary rock ‘n roll band—leaders in their own right—followed the lead of Smokey Robinson, who was a legend himself.

As a song-writer, Smokey Robinson has over 4000 song credits to his name. He has written songs for The Temptations, Stevie Wonder, Marvin Gaye, and others. As he served as Vice President of Motown Records, Smokey mentored and produced some of the greatest artists of all time—The Jackson Five, Diana Ross and The Supremes, The Temptations, Marvin Gaye, and Stevie Wonder.

Smokey’s influence goes way beyond his own music and the encouragement he gave a young Barry Gordy. He helped shape many other performers and turned them into legends themselves. His ability made a name for himself, but his mentoring made an impact on the world.

Mentorship is about legacy. That is the long-term goal. But even in the here-and-now, mentoring future leaders is valuable and significant—it’s about productivity and effectiveness. The word mentor comes from Greek Origin. It was originally used in the Odyssey where Odysseus asked his friend (Mentor) to take care of his son and “raise him up” while he was away for three years at war. Your job is to raise up your team because the more capable your team becomes, the more they can achieve. And the more they are able to achieve, the more successful your organization will be.

Great leaders recognize that their own reach is limited, but their influence and reach is extended through their team. They understand that it is part of their role to develop a greater capacity in those who they have charge over—because while increasing the capacity of others, they are ultimately increasing their own. They earnestly strive to build a leadership mentality where they seek to instill within their people the very qualities that will one day make them great. In essence, they put every effort into consistently making their people better.

In my experience, I have found that there are many leaders who believe in mentoring and creating new leaders. If you are reading this article, I would like to assume that you do too. The challenge you may have is how to effectively do this on a day-to-day basis, with all the tasks you already have on your to-do list, and the diversity of characteristics, strengths, and unique personalities on your team.

Creating new leaders needs to be intentional and strategic. Stepping into the role of a mentor is a step that many leaders don’t take and their leadership reach and impact is limited because of it. Legacy comes as a result of consistent, daily mentoring where a leader takes their team from good to great. That is the pinnacle of leadership and what we should all be working toward in our leadership pursuit.

If No One Is Following You, Are You A Leader? from Ty Bennett

Keynote Speaker Ty Bennett explains why leaders need to think about the people that are following them. Ty is a top global thought leader that speaks on topics such as Leadership, Technology, Sales and Marketing, Business Growth, Engagement, Culture, Customer Service, Performance, Collaboration and Communication.