“What If" Strategy Success Stories - A Case Study with Orschlen 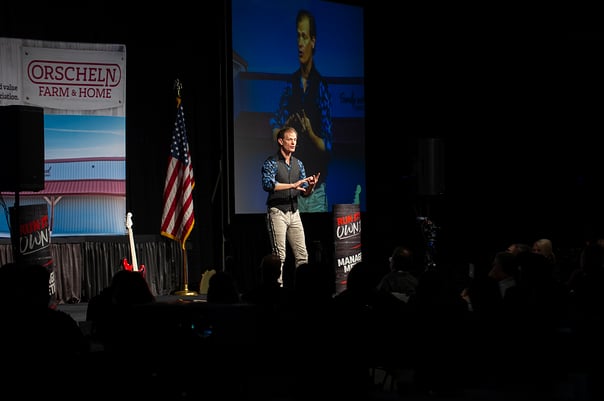 Our first “What If" Strategy success story comes from Ali Barton in Warrington, Missouri at a Orschlen store. Ali and her team decided to apply the “What If Strategy” by saying, “what if we think outside the box, particularly about some of the challenges that we have on an ongoing basis, like freight processing?”

The challenge is if the freight is not processed in time, it draws time away from one on one customer interaction. So she asked “Hey, what if, on the freight days, we show up at four in the morning?” So she put together a team that does that.

The freight is all processed before 8am at opening time, which optimizes time during regular hours for customer service. One of the most important points she shared was that they didn't stop there. They continued to ask “what else can we do?” “well, what if we have merchandising mornings, some of the other tasks that need to be covered, which also draw time away from time with customers? What if we come in early on other mornings to achieve those tasks?” That's exactly what they did.

So she applied the what if strategy, and had her entire team apply this to two challenges that had drawn away time with customers, and it worked. So I'm going to ask each of you: what if you think outside the box about a challenge that you have right now? What if there's a way to overcome that challenge?

Applying the “What If" Strategy During a Crisis

This story is one of my all time favorite “What if” success stories not just with my client Orschlen, but in the 15 years I have been teaching this. It comes to us from Evan Crouch manager of the store in Seward, Nebraska. Recently, Nebraska dealt with horrific floods. One morning Evan and his team showed up to find most of their parking lot underwater, which had frozen to ice over night. They opened the store to find two inches of flood water throughout the store. It had receded. But it left everything a muddy mess. There was no way that they were going to be able to open that day or potentially even the next day.

Here's the challenge. Not only is that a day's revenue lost, but more importantly, the community was depending on the products that Orschlen sells in order to recover from the flood. So in the face of every adversity, Evan gathered up his team, and in essence said,

“Okay, guys, I know this is crazy. But what if we could open today by 8am? How would we do it?”

From a Problem to a Solution

Pause the story for a second. Here's what happens when you do that. Everyone's focus was on the problem. When he asked that question, it changed everyone's focus to a solution. Then you’ve got a team of problem solvers. This is a way to tap into that resource.

So here's what they did. They directed people to park in the clear part of the parking lot. There was no way they were going to be able to clean out the whole store, but they could clean near the registers. So they brought customers inside to the register area. An employee would ask what they needed, gather up the products requested, bring it back to the registers, and ring them up so the customer could be on their way. All on a day they thought they were going to close. Instead, they stayed open until 8 pm. They made $5,000 in revenue but more importantly, they created a great bond with the community. The community saw all these workers go out of their way just to serve. That is the power of the “What If" Strategy.

So, what if you use this the next time you have an unexpected challenge?

View all posts by Mike Rayburn →