Everything changes. Tim Sanders' research shows that the more perspectives you have, the faster your problems are solved. Watch a NEW clip below from his epic keynote, Innovating Faster!

The Magic and Mastery of Bohemian Rhapsody 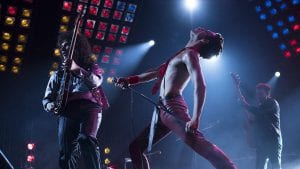 With the release this week of the 91st Academy Award Oscar nominations, it was no surprise to see the Freddie Mercury bio-pic Bohemian Rhapsody score in five coveted categories.  With music as complex and iconic as Mercury himself, the movie provides pivotal insights into the creative genius that went into what would end up being labeled as “one of the greatest songs of all time”.

According to Irwin Fisch, an Emmy nominated composer and Professor at NYU Steinhardt, “One of the reasons why Bohemian Rhapsody sounds so different is in its structure. The song is neither an a cappella, ballad, opera or rock. It's actually all of them in one song. It advanced a tradition of suites in pop music, meaning not a continuous song, not a verse, chorus, verse, chorus, bridge structure, which was the norm. A put together group of different songs, in essence. So, if people refer to Bohemian Rhapsody as a song, that's a bit of a misnomer. It's actually three or four songs.”

Complex, long (almost six minutes), and legendary. Exactly the kind of challenge Keynote Speaker, Musician, and eight-time Carnegie Hall Headliner Mike Rayburn wanted to tackle as a showcase piece for his audiences to underscore his messages of learning to perform at virtuoso levels and peak performance.

Learning to play such a difficult piece on the guitar with seemingly impossible key changes and note progression takes arduous hours of practice, musical mastery, and perhaps even a little of Mercury’s magic and inspiration.  The end result however, whether standing on stage in full rock and roll regalia with a full band and orchestra - or like Mike Rayburn, expertly coaxing classic rock history from a well-tuned and well-loved instrument, delivering a mesmerizing performance for audiences and a chance to pay homage to legendary music and musician - is a thrill in itself.

We’ll have to wait and see on February 24th whether Bohemian Rhapsody brings home Oscar gold. Until then, we’ll always have YouTube.

Learn more about Jason and his brand NEW topic here!

Learn more about Mike Walsh and our other speakers on Future Technologies.

Global Citizenship means using our everyday work and lives as a vehicle to grow inwardly and thereby, become the best version of ourselves. Becoming a Global Citizen is not about traveling the world, it is about using the challenges within our individual lives to become stronger and more productive members of the world. When we embody the qualities of a Global Citizen - presence, empathy and inspiration - then we can truly inspire those around us.

With the mindset of the Global Citizen, every challenge in our work and lives - from a disagreement with a coworker, to the loss of someone we love - becomes fuel for us to grow inwardly and reach our potential. Our role is not to “change the world”, but to “change ourselves”. Becoming a Global Citizen begins with realizing we already have everything we need in order to be happy right now.

From the slums of Haiti, to the fields of Uganda, to the Mongolian Steppe, Chris pulls from real life examples to illustrate that the key to productivity, meaning and connection, does not lie in changing our external conditions, but in transforming our current conditions in order to grow. 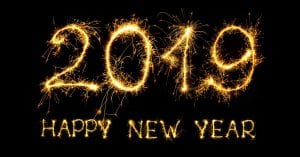 2018 was truly an extraordinary whirlwind for our team, and the incredible speakers we represent. Milestones, Magic, and Lots of Flyer Miles for sure! That said, we’ve got our eyes on the year ahead and we just can’t wait to get started.

First up, we’re excited to announce the upcoming release of Mike Walsh’s new book, The Algorithmic Leader. Mike is an incredible keynote speaker, thought leader and futurist who has masterfully brought together years of research and insights from global leaders, AI pioneers and data scientists to share a set of 10 powerful principles for succeeding in an algorithmic age. He’s a brilliant mind, and we know that the strategies and ideas he shares can help business professionals and organizations the world over. I’ve been lucky enough to read an advance copy – it’s going to be a huge best seller! 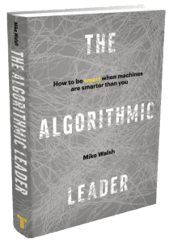 Next, we are happy to announce two new keynote topics from the dynamic and engaging Tim Sanders. "Innovating Faster - Why Collaboration Changes Everything" and "Making the Leap to Essential" - both are so fitting and timely for audiences in our busy, sometimes chaotic world. The first is based on what he calls ‘disruptive collaboration,’ which is a problem-solving style that leverages sometimes unusual alliances along the fault-lines of a company or its market. In this keynote he shares how “the biggest leaps and turnarounds in business history came from collisions of thought, not safe work in our silos of excellence”. In the second keynote, Tim shares the disruptive innovations in today’s world that can chip away at client bases. The solution? To provide extraordinary levels of added value – becoming essential to work with. We are already booking these new topics, and we are certain they are going to help create lasting impact for our speaking clients.

Lastly, we wanted to share with you the “What If Challenge” that Keynote Speaker and Author Mike Rayburn has designed as a follow up tool for clients. This system of sixteen 3ish minute videos each feature a powerful “What If” question that helps teams align and transform their mindsets for optimized performance, increased innovations, and an eye out of opportunities. What a creative and value-added component to help audiences thrive long after they’ve left the event venue!

We will have much more to share and spotlight about all of our incredible keynote speakers in the year ahead. Providing exceptional service while pairing the perfect speakers to events is a passion that we just keep fuelling. There will be much excitement in 2019 as there has been in the last 12 months. We’re here to serve! Please let us know if there is anything we can do for you!